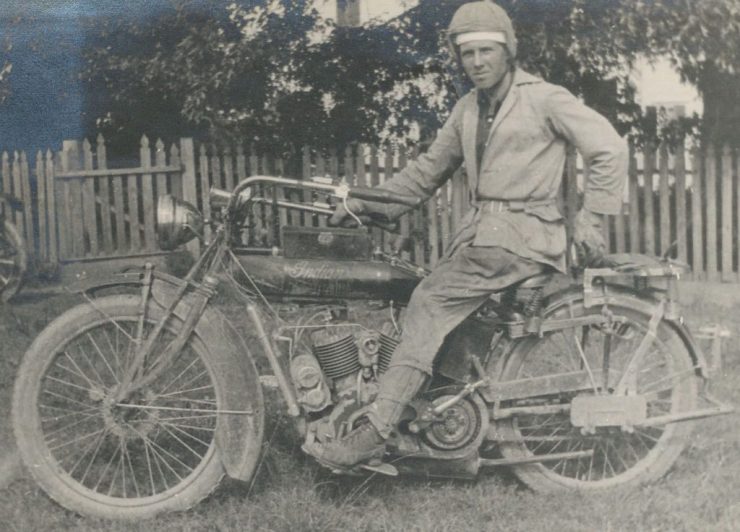 Probably there never was a man more destined and groomed for success than Charles Klieber Findlay.

He was born into a prominent family in Abingdon Virginia on August 3, 1899, the son of Alexander Findlay and his wife Ella Kleiber Findlay. Charles was not yet 5 years old when his mother, who was born, raised, and educated in Germany, died at the age of 24. His father afterwards raised him in a manner such as to encourage the development of Charles’ natural talents and abilities.

Charles’ brilliance was apparent early as he had mastered the violin and cello by age 10. His musical talent was inherited from both parents: his father was an accomplished violinist who had studied under great teachers in Germany. While there, he met and courted Ella Kleiber, his future wife and mother of Charles. She herself was a musical prodigy, and in her teens was already a highly regarded pianist.

Young Charles also became fascinated by all types of machines and anything mechanical. This drew him into the world of early motorcycles, where he also greatly excelled. He could and would disassemble and reassemble bicycles and motorcycles as if he were born doing it.

At the age of 15, he persuaded his father to take an extended round trip on a 1915 Indian motorcycle to Springfield, Massachusetts via New York to visit the Indian Motorcycle Company. His father was very apprehensive about Charles’ love of riding motorcycles for fear that an injury to his son’s hands would endanger his ability to play musical instruments.

This 1915 trip seemed to plant the seed for the long solo ride by Charles on a 1916 model Indian motorcycle in the summer of 1916 from Montgomery, Alabama (where his father had just remarried) to Abingdon, Virginia (his father and grandfather’s ancestral home) and back to Montgomery using a different route. Charles documented this daring, exciting ride in his now famous day-by-day and mile-by-mile hand-written diary.

As if being a master musician and an adventurous motorcycle rider and mechanic were not enough to contain Charles’ seemingly endless energy, intellect, talents, and ability, he joined the Army during WWI, just a few months after his father died. It was here that he became drawn to airplanes and learned to fly them. He excelled at this, and began building airplanes and flying experimental versions. This led to an interest in aerial photography and photography in general, another talent taught to him by his father who took and developed many amazing photographs.

At the age of 33, Charles finally settled down somewhat and married Madaline Tussing of Alliance, Ohio. They were married for 30 years. Charles passed away at the age of 63, having lived a full and adventurous life. He left no children, but did leave his great legacy, plus much documentation of his grand life for his extended Findlay family to enjoy and be proud of to this day.  To see more of Charles visit the Gallery. 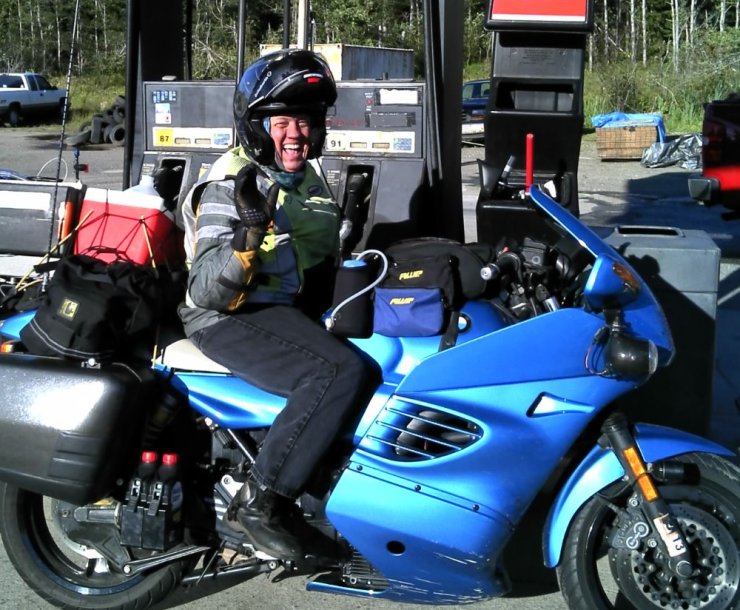 Gwen has invested tens of thousands of hours in research, given up watching TV for the past 3 years, done physical recon of several thousand of miles of roads, had meetings with land owners to get permission to ride on original road bed that now crosses their land, had meetings with archivists and historians, and buying maps and data and spent thousands dollars out of her to make this dream a reality.

She’s also bought copies of books and maps written between 1910 and 1919 covering road and bridge building as well as books about what roads should be taken between cities in 1915, 1916 and 1919.

She will also lose her job. Gwen is a nurse and there’s no ‘take a month off to make a historic once in a life time ride’ provision. Her last day of work is June 1st. So not only will she be spending a huge amount to money while actually making the ride, she’ll be without an income as well. Oh, and she’ll be buying a brand new motorcycle to ride it as authentically as Charles did, this time on a 2016 Indian Scout.

The foundation of this project is to create a 100 year prospective. His route and the roads of that time as seen from the back of an Indian 100 years newer. One hundred years to the day, mile for mile, town for town will never happen again in her lifetime.

The sole purpose of this ride is to write the book about Charles’s life. The prologue will be about his life up to the ride and the meat of it will be about the ride itself, as seen 100 years apart. The epilogue will cover his life after the ride until his death on Dec. 17th 1962…ironically the day before Gwen was born.

Gwen is not related to Charles Findlay and never heard of him until 2008 when her friend Jim got his hands on a copy of the diary and posted it on ADVrider.

It’s hard to say exactly what grabbed her but she knew what she felt when reading his story in his words. She was stunned by how so little has changed about solo motorcycle travel and with the exception of jumping a washed out bridge, nearly everything that happened to him, has happened to her over her years of riding. It also spoke to her long distance rider heart when he was always keeping track of his time, schedule and mileage. One hundred years ago he was doing an Iron Butt ride that was planned and executed extremely well under conditions none of us can truly imagine.

For Gwen, it’s about the ride. And his was an amazing ride told with the bravado and youthful ego of a 16 year old. Charles was full of himself, confident and overcame every crash, break down, getting lost and obstacle with a bull-headed single-mindedness. People’s reactions to him when he told them how far he had ridden is something she’s heard herself hundreds of times after her long distance rides.

From Charles Findlay’s Diary: “I arrived in Knoxville,Tenn ON TIME!!! It was just 11 o’clock and I had come 145 miles! How’s that? I went into a restaurant to get something to eat. The waiter asked me where I came from. I told him -Abington,Va. He said, “When did you leave? Yesterday morning?” I said, “No I left this morning”. “OH go on” he said, “you can’t stuff me with that bull”.”

His words spoke to her motorcycle soul. Gwen has said she would have ridden with him anywhere and felt lucky to do so!

The story of Charles K. Findlay needs to be told and Gwen wants the world to enjoy his experiences, his personality and learn of his extraordinary life.